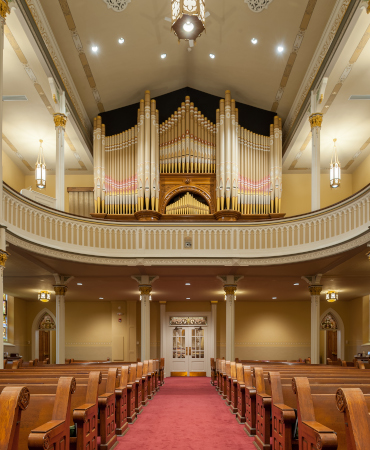 Emmanuel Lutheran Church has a rich history of music, developed largely around the pipe organ. In the 1880s, William King & Son constructed and installed a two-manual, 25-stop instrument. Over the years, this instrument was rebuilt and altered, at one point being fitted with a three-manual console and utilizing digital voices. In recent years, it became increasingly apparent to worship leaders that this instrument was no longer adequate, and the decision was made to replace it.

The Austin was originally installed in 1965 at the First Church of Christ, Scientist of Columbus, Ohio. When the dwindling congregation sold the downtown building in 2014, the organ became available. Having been under the care of Muller for many years, the Austin was quickly identified as an appropriate replacement organ for Emmanuel.

It was not feasible to retain the Austin mechanism and support structure because of space constraints and other factors. New electro-pneumatic windchests were constructed at our facility, as were the expression enclosures, shutter assemblies, reservoirs, wooden windline, and support structure.

The Austin console was retained and refurbished. A new Peterson ICS-4000 operating system controls the new stop tablet assembly. Console components, including manual and pedal keyboards, were reconditioned and the white cabinet was repainted.

Watch a time-lapse video of the installation 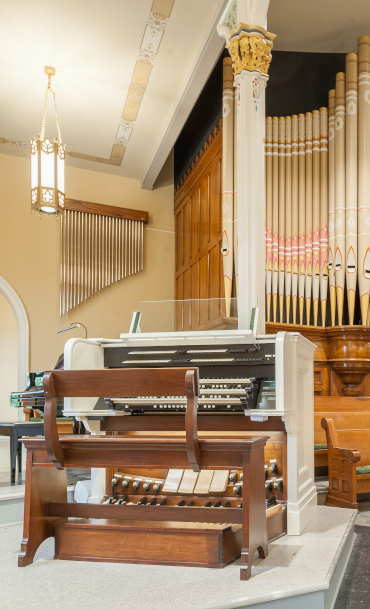 Pipes were also restored. Maintaining the original tonal concept, each rank was regulated for even volume and tonal character. After installation in Emmanuel, tonal finishing ensured the organ properly balanced the acoustic of its new location. Three new stops were included: a Pedal Bourdon augments the Pedal division, 12 full-length pipes extend the Swell 8′ Oboe to provide a unit 16′ Bassoon, and a triumphant 8′ Festival Trumpet can speak over full combinations as the definitive solo reed.

The new organ was installed in the attractive William King case. The original façade pipes were re-stenciled by Russell Design of Kokomo, Indiana. 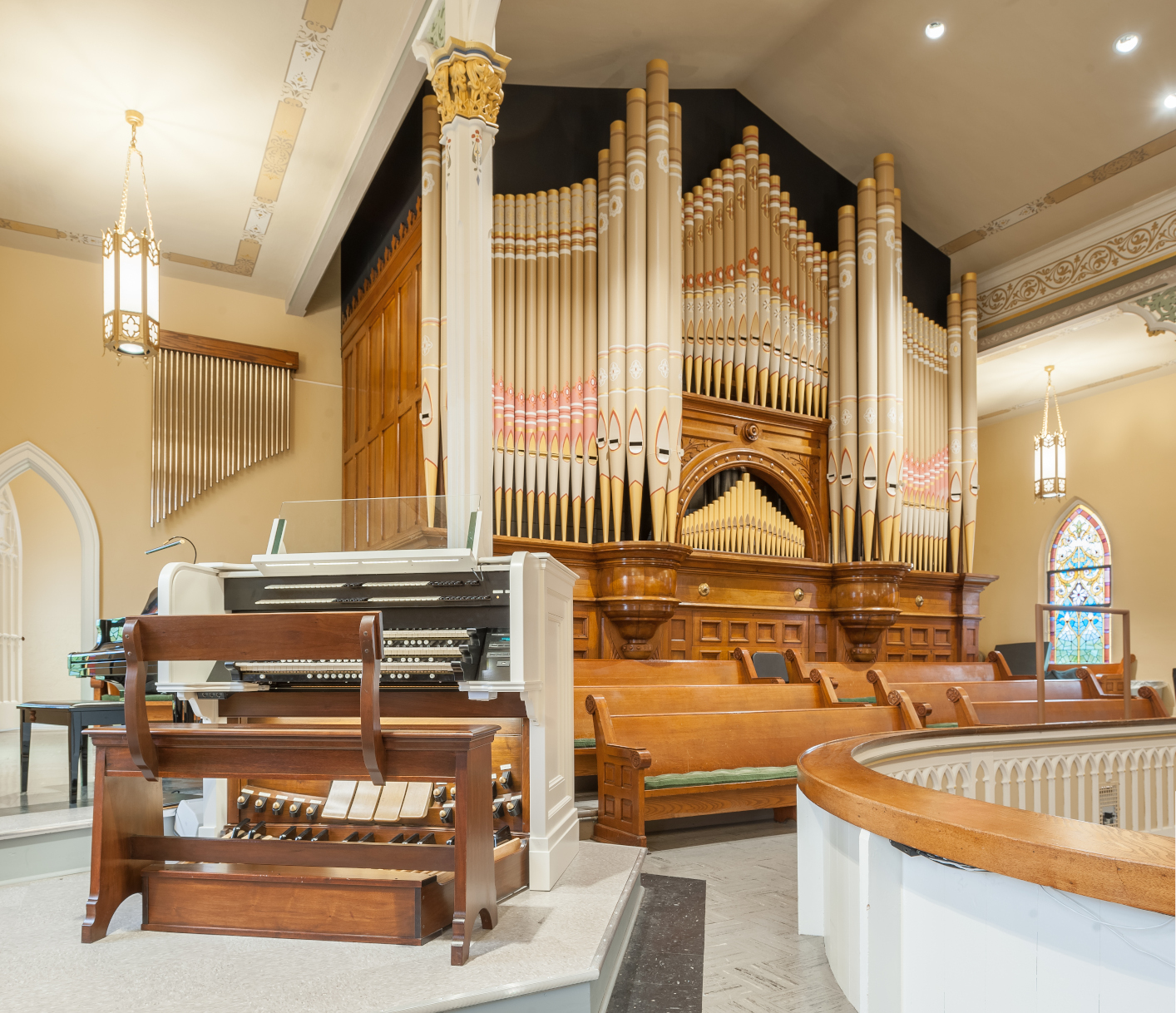 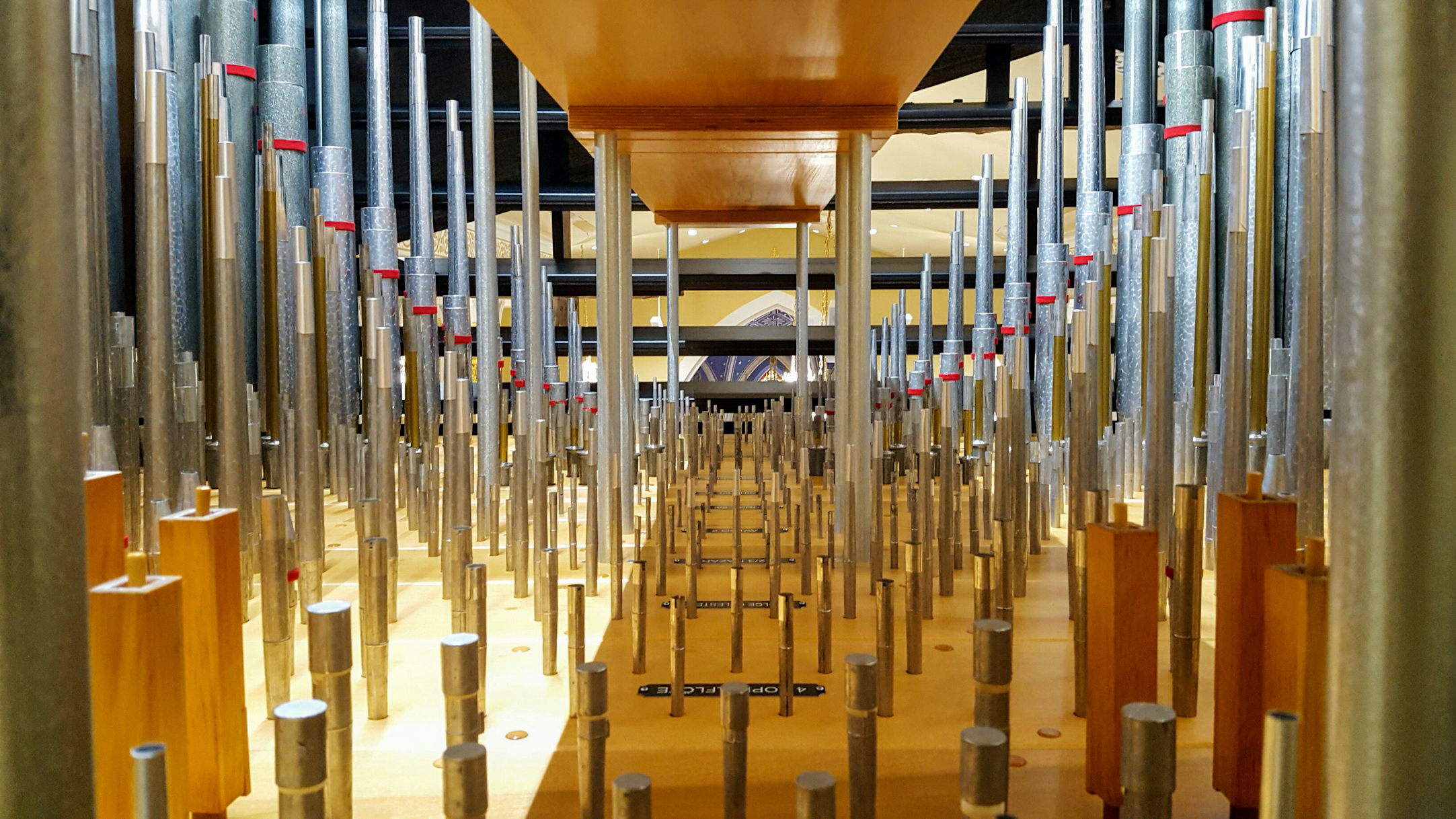 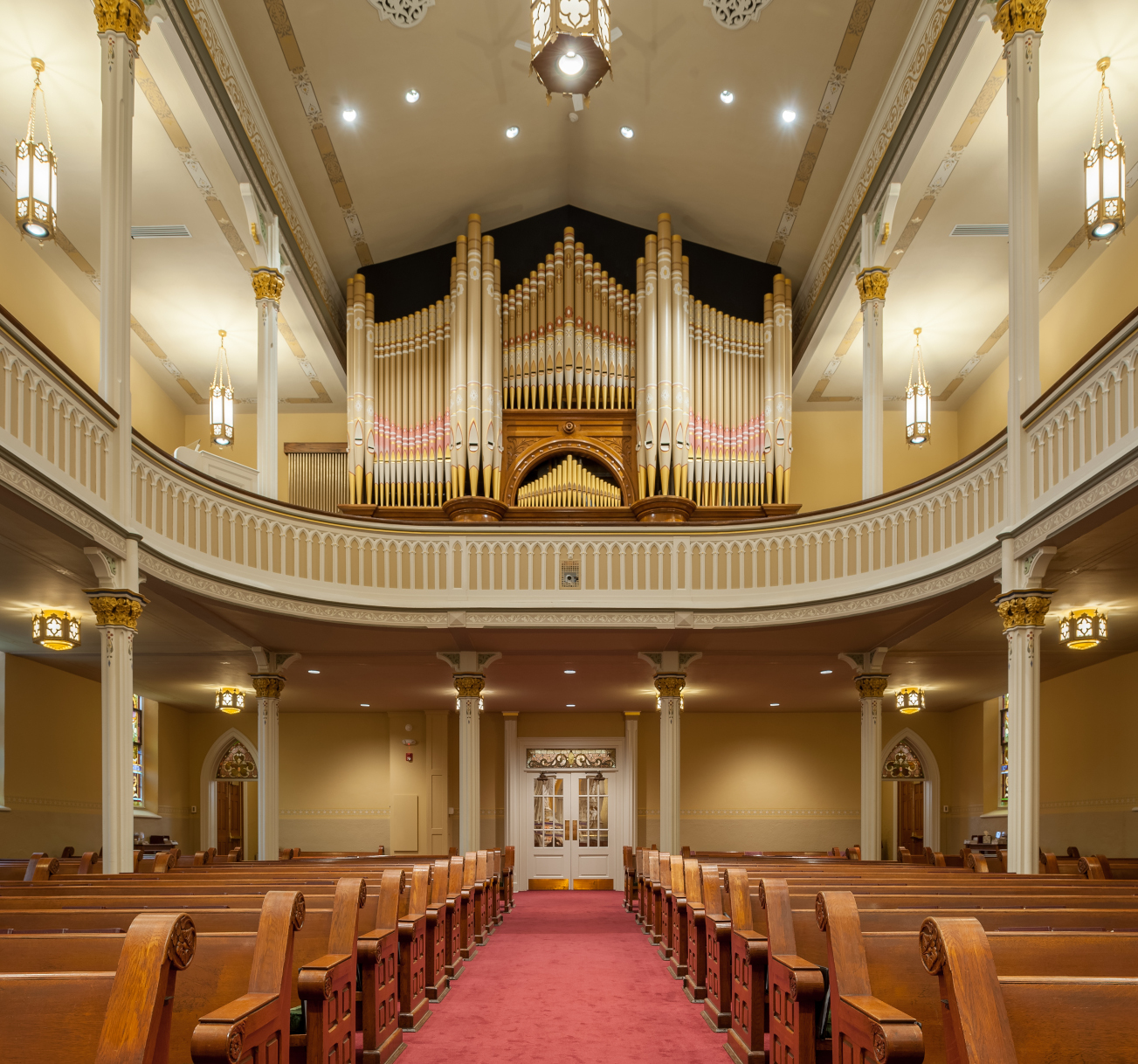 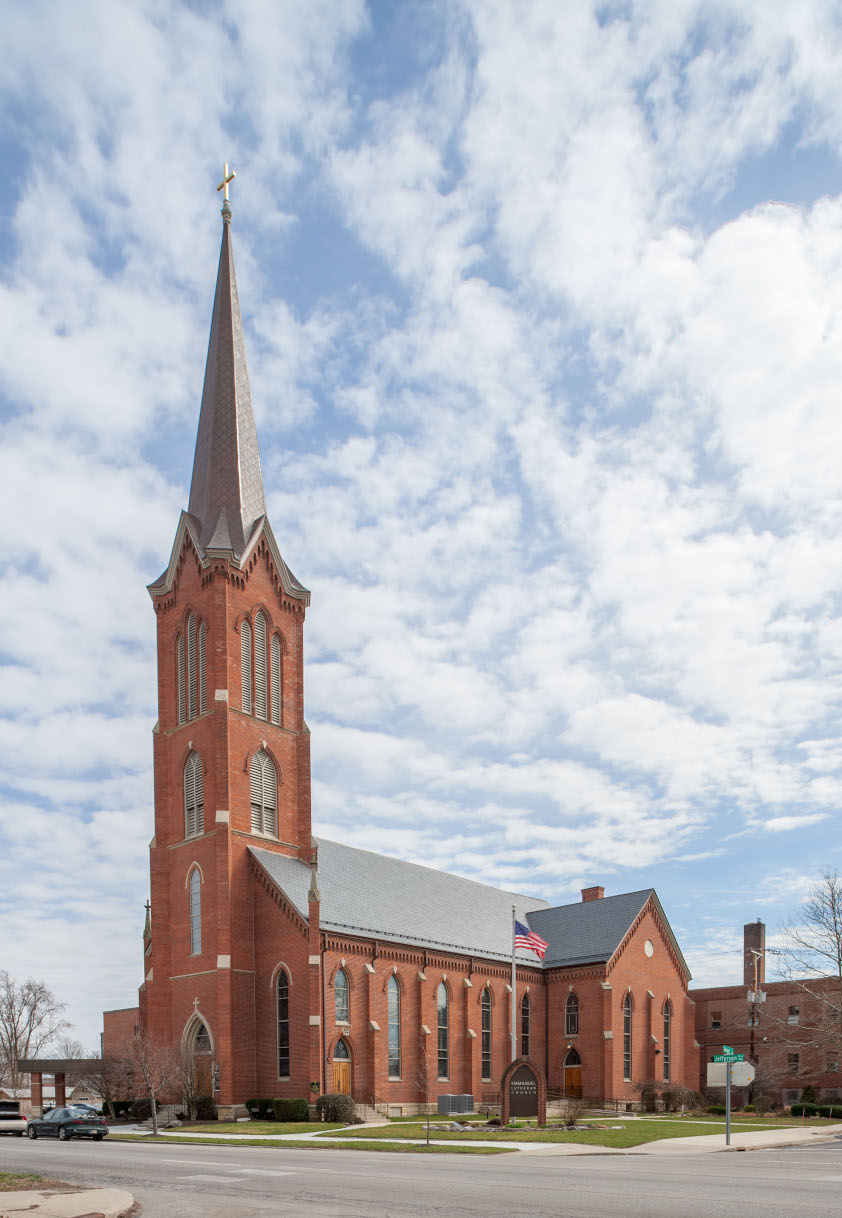 It was an honor to work with organist Myra Schmidt, consultant Kevin Hildebrand, and the entire congregation of Emmanuel Lutheran Church. This instrument represents one aspect of the comprehensive effort by the congregation to renew their worship space and other facilities.