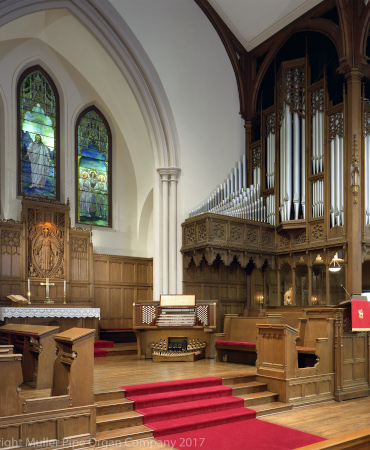 The pipe organ at First (Park) Congregational Church in Grand Rapids, Michigan, has its roots in the 4 manual, 53 rank instrument built in 1930 by the E.M. Skinner Organ Company of Boston. Renovations over the course of time increased the number of ranks of pipes to 103. With much of the 1930 Skinner mechanism still intact, the chambers had become overly crowded and difficult to access, and recently the instrument began experiencing mechanical problems. To rectify these issues, Muller Pipe Organ constructed a new instrument of 80 ranks, playable across 4 manuals and pedal. Mechanically, the instrument is entirely new, except the Solo and Antiphonal Organs, which remain virtually unchanged since they were newly installed in a recent renovation. Select pipework from the existing instrument was restored and revoiced to complement new pipework, and a new console was constructed and finished to match the church furnishings. 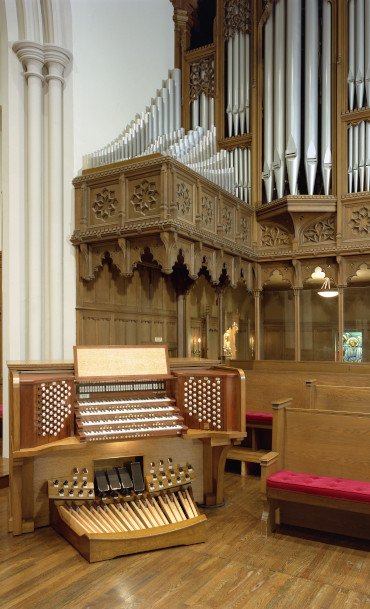 Deeply rooted in the American Classic style, each division possesses independent and complete principal, flute and reed choruses, each with a clearly defined character and role. The organ’s reed choruses are thoroughly French-style, providing the full organ character with a lively and exciting fire. Many highly colorful solo stops are found throughout the organ, such as the Choir Krummhorn and the Solo Clarinet. 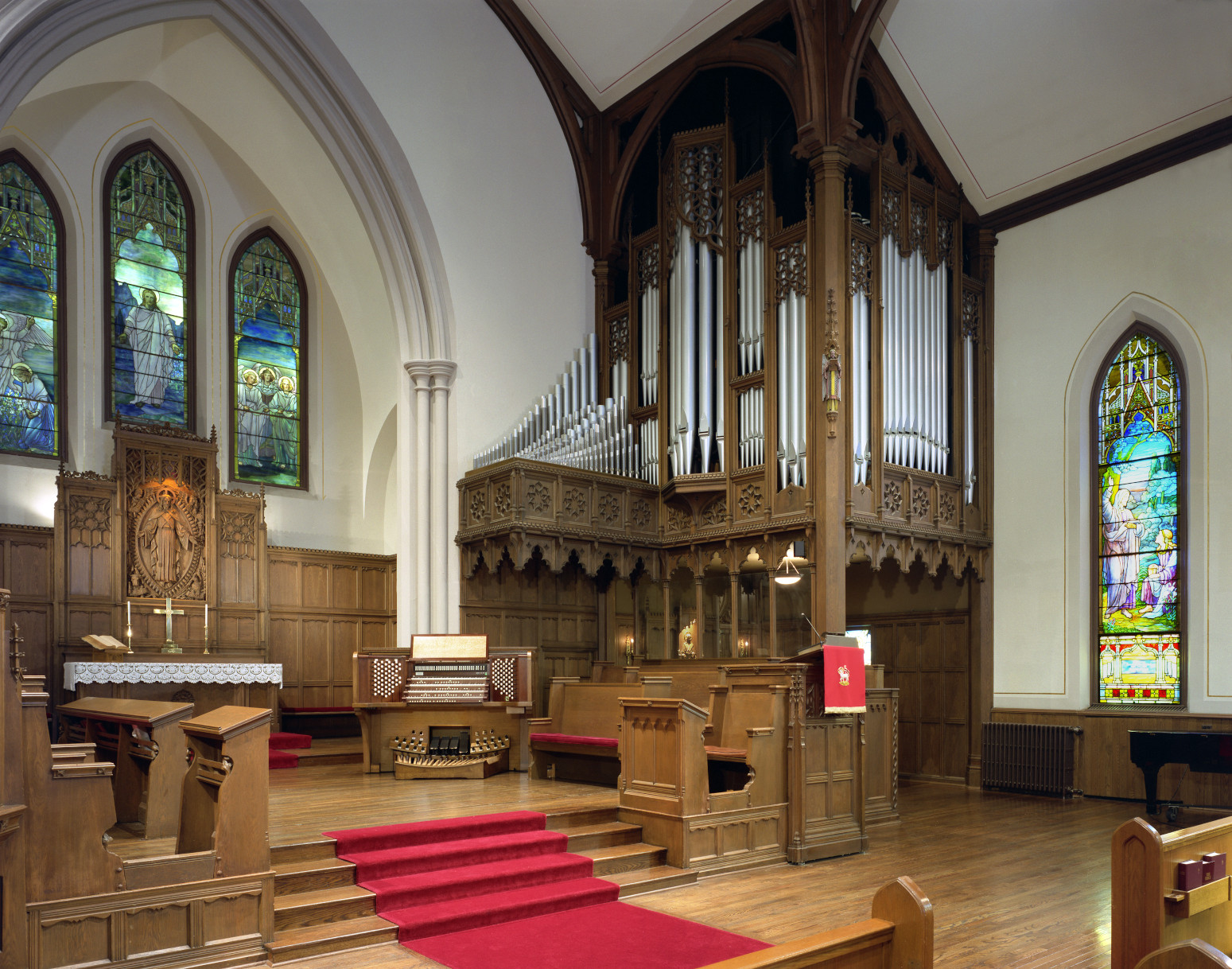 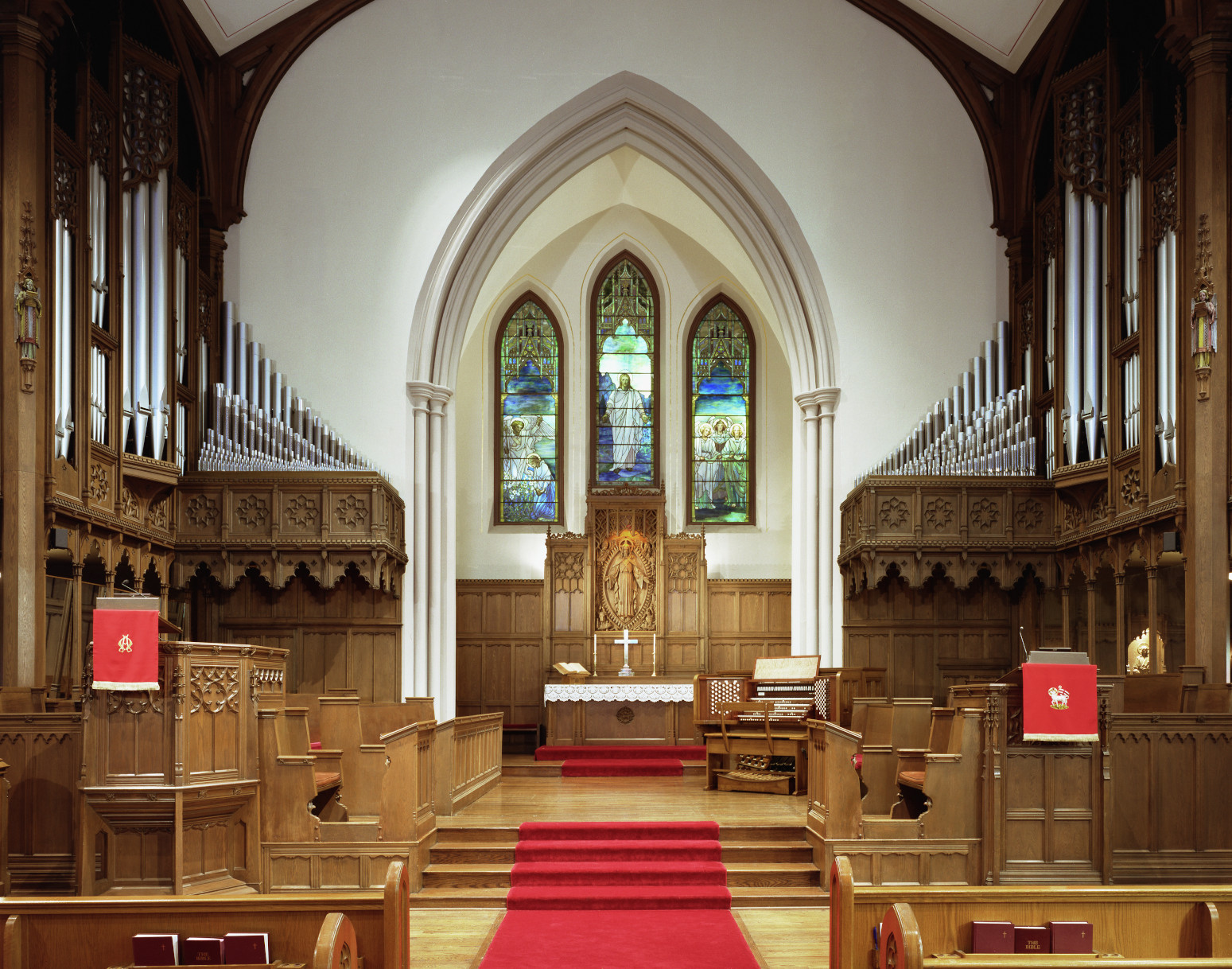 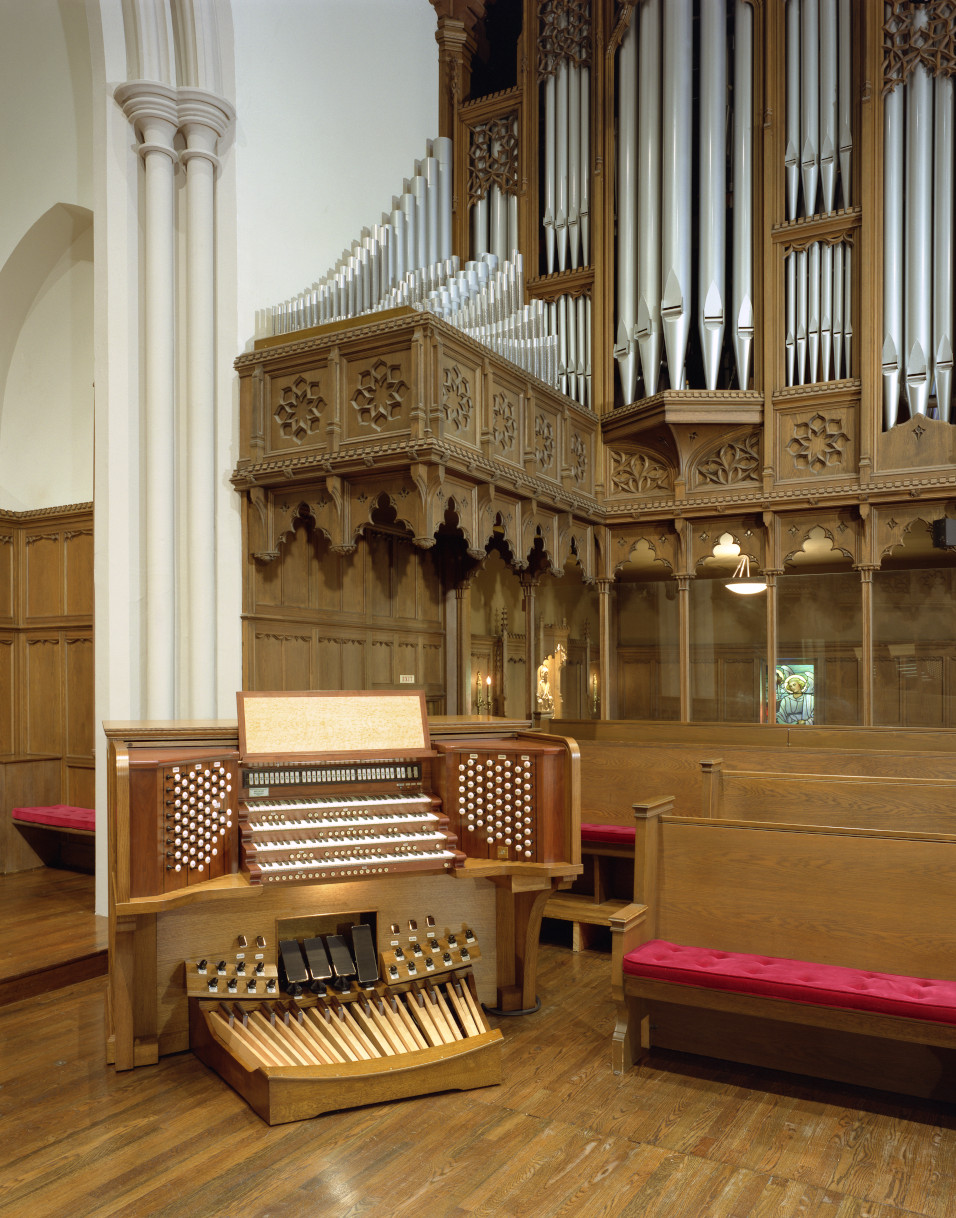 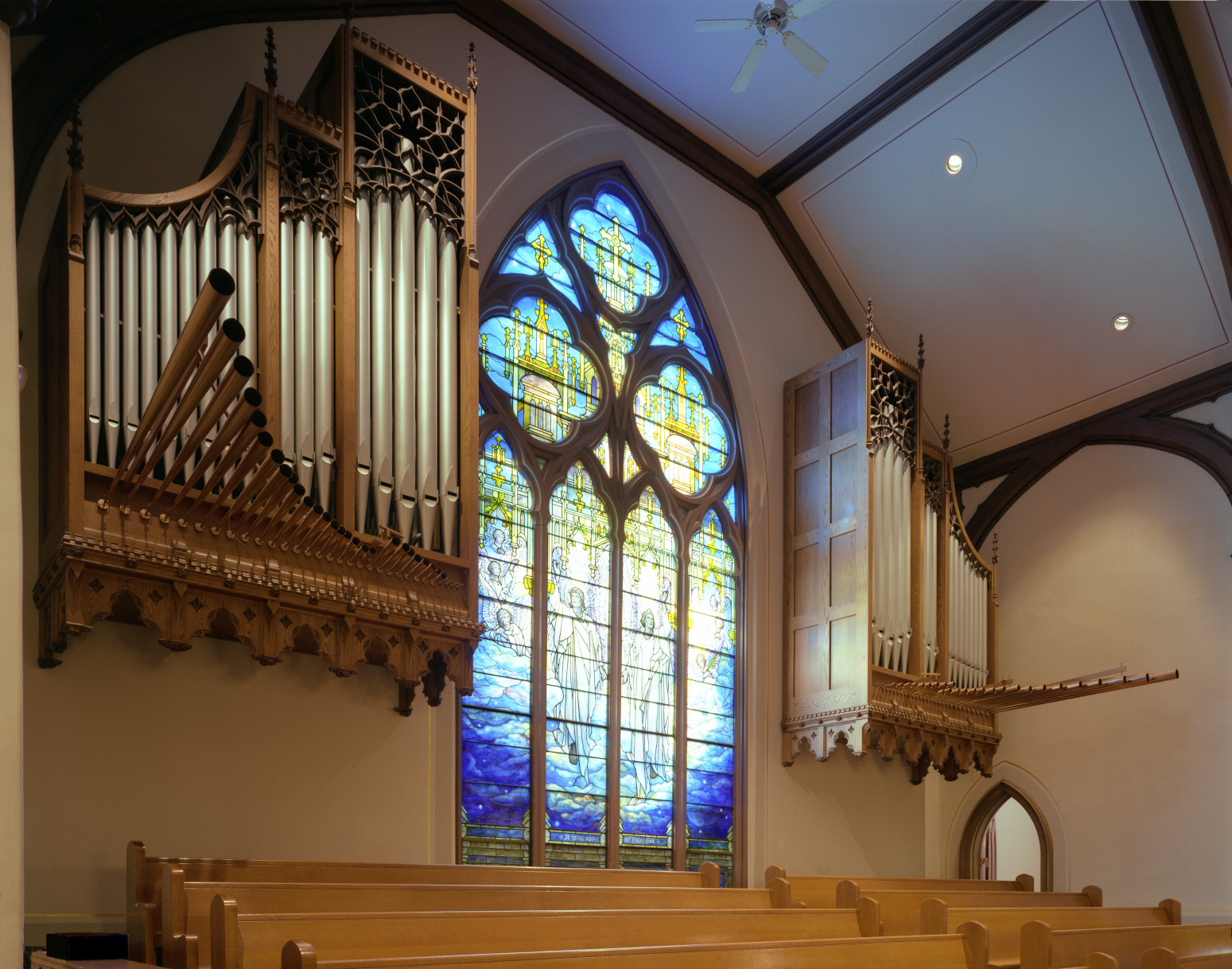 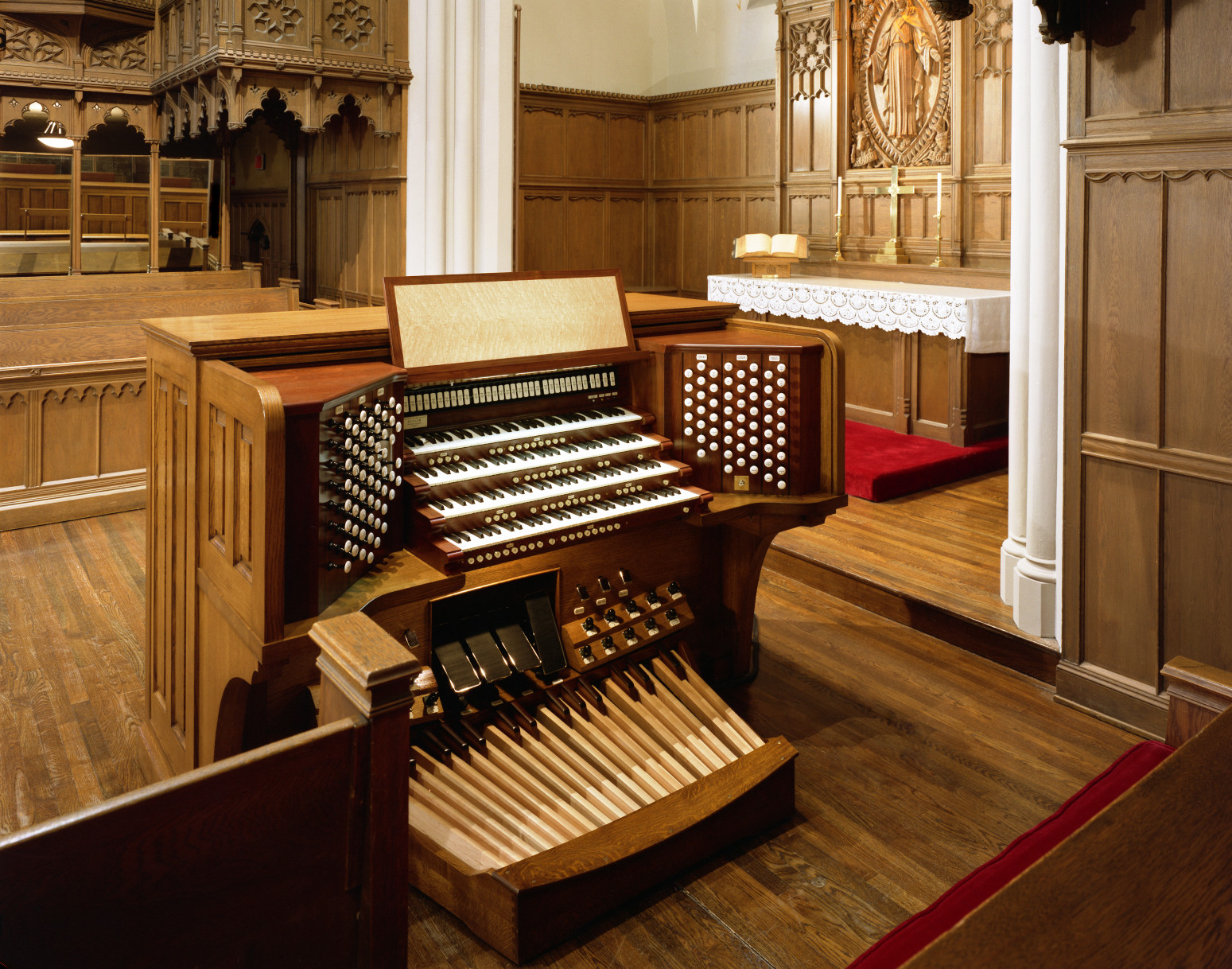 Uncommon in instruments of this size, there are several powerful solo reeds: the Choir Trompette Harmonique and Clairon, and the Solo Tuba and Trompette en Chamade. The new Muller Pipe Organ is a source of pride for the music ministry of Park Church and will serve as an inspiring element of worship for generations of future churchgoers.

Next Up >
New Pipe Organs 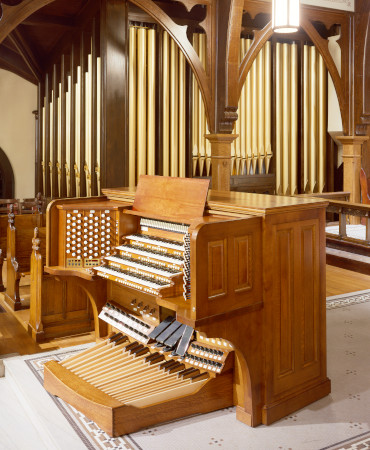