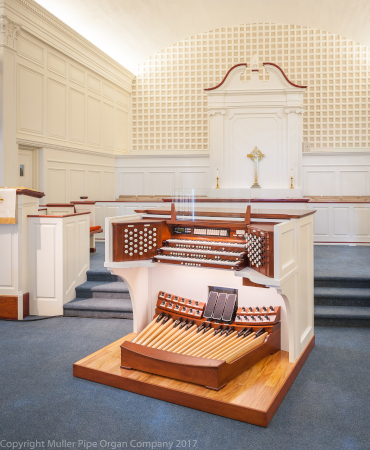 The Wicks pipe organ at First Presbyterian Church has been an integral part of congregational worship since 1958. However, time had taken its toll and the various problems in the aging console had become a major source of frustration for the organist.

A new console and adjustable bench were constructed by our craftsmen using a combination of traditional wood-working methods and CNC fabrication. It was designed and finished to harmonize well with the existing woodwork in the sanctuary, and features mahogany accents. The console and bench are placed on a new, moveable platform to allow placement at the center of the chancel for concerts. Other features include tracker-touch keyboards, multiple levels of combination action, and a MIDI interface.

Additionally, the tone opening was muffled by dense fabric, and the expression shutters did not fully open. To resolve these issues, the existing fabric was replaced by acoustically transparent fabric to allow the pipes to speak more fully into the room and improve tuning stability. Original pneumatic expression motors were replaced with modern electric motors, and now fully open to 90° for increased expression.

Lastly, a new zimbelstern was installed in memory of the organist’s husband. With these improvements, the organ at First Presbyterian Church is well-prepared to help lead worship for many generations to come. 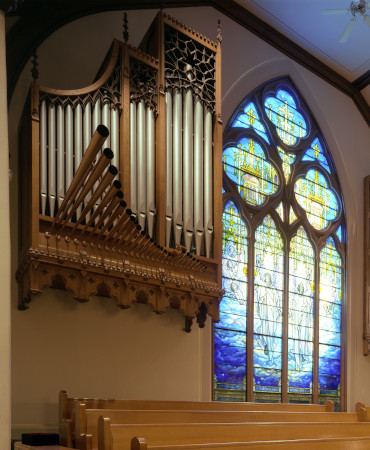 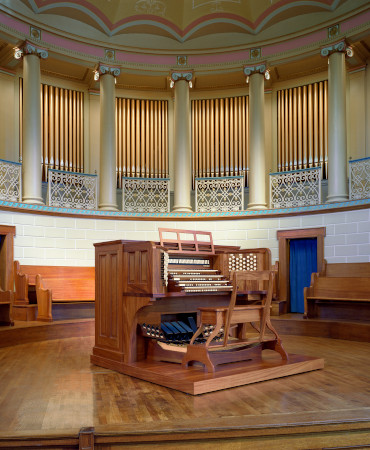