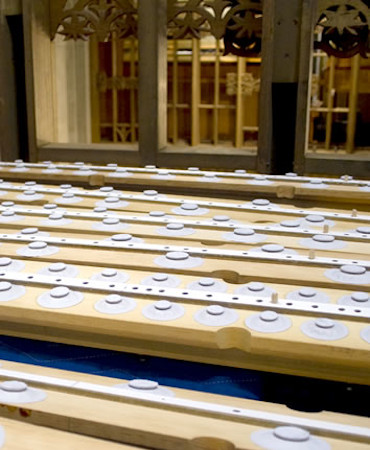 Aeolian-Skinner Opus 1253 was installed in the United Methodist Church in Mount Lebanon, Pennsylvania in 1954. In the 1980s, tonal changes and additions were made in an attempt to brighten the sound of the instrument, and the console was replaced. By the mid-2000s, the organ was quickly deteriorating. While still in working condition, there were some unplayable stops, plus dead notes and ciphers were common and the console was becoming problematic.

Muller Pipe Organ Company was commissioned to mechanically restore the instrument and update the Austin console to solid-state controls, and to restore the signature Aeolian-Skinner sound. The organ was completely releathered and cleaned. Reed stops were cleaned and restored, and most of the additions to the Swell divisions were removed. When we began tonal work, it was a loud colorless instrument, hardly what one would expect from an Aeolian-Skinner organ of the G. Donald Harrison era. Many stops had been made louder, especially in the bass range, and tonal quality suffered. Now the voices of the organ reflect the intentions of the original builder.

Once again a centerpiece of worship at this church, Opus 1253 now stands ready to serve the Mt. Lebanon church for future generations. An example of a truly American organ builder,the tradition of quality has been restored to this instrument. 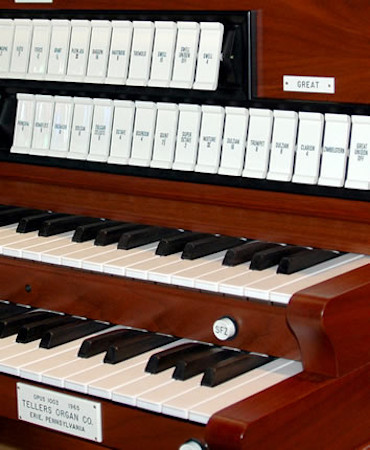