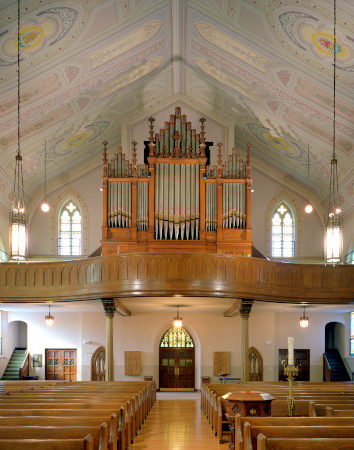 The pipe organ at St. Mary’s Catholic Church in Columbus, Ohio, was built in 1902 by William Schuelke Organs of Milwaukee, Wisconsin. In 1941, the tubular pneumatic action was converted to electro-pneumatic and a new console was installed. In 1974, the original reservoir system was replaced. Because inherent problems existed in the original design of the windchests and enough mechanical change had previously occurred to compromise the integrity of a complete restoration, the best option was to proceed with a comprehensive tonal restoration. New and modern components, including a custom drawknob console built by Muller, were installed. 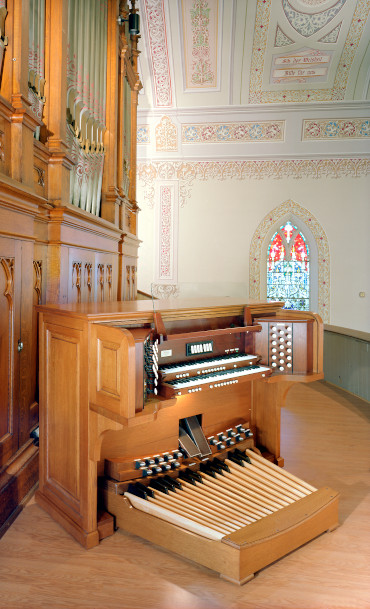 Our goal was to restore this historically significant organ as a definitive tonal example of early twentieth century American organ building. Thankfully, all but a few individual pipes are still original to the instrument. Extensive restoration work was completed on each pipe. Repairs were made to correct damage caused by age and abusive tuning techniques. Although it was necessary to install tuning sleeves on cone tuned pipes, scrolls were retained wherever possible. Wood pipes were fitted with new, volume-regulating wood feet.

To provide a stronger foundation for the active music program at St. Mary’s Church, minor specification changes were made and the organ was re-pitched to the more common A=440 Hz. Tonal balances and volume levels were set, and the historic, early twentieth century sound of the organ was re-established.

View more pictures and read thoughts on the organ from an outside observer. 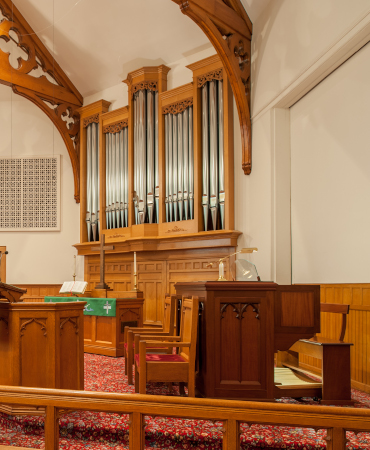